In 1945, Pablo Picasso famously created, The Bull, a series of 11 lithographs which showed the evolution of a picture of a bull from more detailed version down to the essence of the animal.

The evolution between Picasso’s first bull and the last bull in the series is striking: 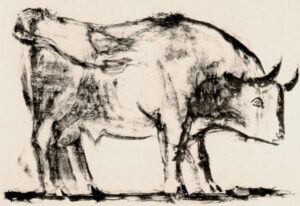 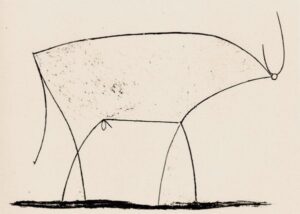 The first version of the bull is realistic and detailed.  The final picture is an abstraction. Clearly, though, most people would identify the abstraction as a bull.

Advancement teams have a tendency to strive toward creating Picasso’s first version of the bull on every task.  We rarely stop doing things.  We rarely reduce the amount of time and energy we put toward things.  We rarely pause to cut out extraneous aspects of our work.

Every event, every activity, every direct mail, every social media picture, every strategy, every tactic must be detailed and completed at a high level. Everything must be perfect all the time. Meanwhile, there are many instances when doing less, like Picasso’s final version of the bull, is all that is needed or helpful.

“Doing less,” doesn’t mean being less productive.  In fact, when done well, it will mean just the opposite.

When we do less we focus on the essence of our work.  What will give us the biggest return on our efforts?

Our audiences don’t have to experience the most detailed, time-consuming version of the bull every time to know its a bull.

Sometimes, we can take far less time and energy, sketch a few lines, and get our message across.  Then, we can use our new-found time and energy to do more productive work.