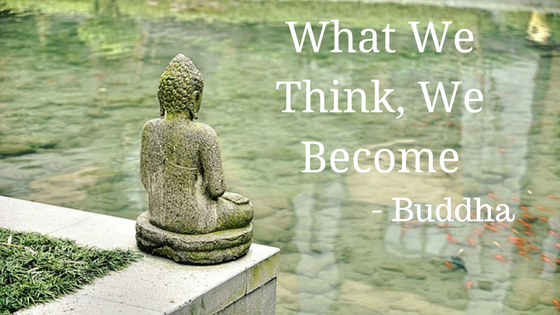 In his thoroughly-researched 2018 book, Endure: Mind, Body, and the Curiously Elastic Limits of Human Performance, “running science geek,” Alex Hutchinson, makes a compelling and fascinating argument.  Gathering together decades of research from various fields, he argues that the limits of human endurance in activities such as running, cycling, swimming, hiking, etc., can only be partially explained by the amount and quality of sleep we’ve had, the amounts and types of foods and drink we’ve consumed, our strength and fitness levels, etc.

It seems that even for elite athletes, how we think about the effort we are giving – either during our exercise or (and ponder this!) even before we actually go on the run, the hike, the ride, etc. – will predict how long and how fast we will go before stopping.  In other words, our minds unconsciously control how tired we feel during the activity and will control our endurance and speed accordingly. It appears that even exercise science is now affirming the mysterious, but real, ability of the mind to deliver on self-fulfilling prophecies.

I have been thinking about the lessons from Hutchinson’s book as I’ve digested research on fundraising during the pandemic. It seems that many development leaders are getting awfully close to projecting poor giving totals into the future, even though donors are communicating something different.

The second early pandemic study from Fidelity Charitable found that:

More recently come two reports that continue to paint this “giving will be down, even though donors are being more generous” picture.  First, a CAF America survey found that:

And, just reported a few days ago, the Association of Fundraising Professional’s Coronavirus Response Survey found the following:

It’s important to keep in mind that these broad, macro-level studies have very little bearing on the specific fundraising results for any individual school, healthcare organization, university, or other nonprofit. Even in the darkest of severe financial depressions and our most recent Great Recession of 2008-2010, some institutions raised more money while others raised far less than they had previously.

And, in addition to these studies, I can also provide an anecdotal observation:  My clients who have continued to engage and invite donors to give – in thoughtful and sensitive ways – have raised more money since March than they did during the same period last year.  It doesn’t matter the type of nonprofit nor how big or small the organization is – if they have continued to extend the invitation to give, donors have responded with generosity.

So, what are we to make of these almost mirror-like findings – with development leaders predicting doom and gloom while donors are signaling a desire to help.

To bring further insight into this contradiction, here’s another intriguing tidbit from Hutchinson’s Endure book:

“The British military has funded studies of computer-based brain training protocols to enhance the endurance of its troops, with startling results.  And even subliminal messages can help or hurt your endurance:  a picture of a smiling face, flashed in 16-millisecond bursts, boosts cycling performance by 12 percent compared to frowning faces.”

It may just be that the development leaders who bring their most upbeat expectations (and their smiles!) into  tomorrow will also be those who, in fact, raise more money. Unfounded negativity, it would appear, can and will help create real negative outcomes.  Align your fundraising actions with the messages donors are actually sending – they want to help and they want to be generous.  If you believe that, you will invite them more often to do so.